Complaining is a form of energy and energy cannot be destroyed but it can be put to a different use. Let’s talk about ways we can channel this brute force that comes out in the negative draining energy of a complaint into a constructive, useful and positive energy. Let’s see if this helps us see the circumstance for what it really is, clear of quick judgement and ego overdose. Let’s keep our nerves calm and our stress level at bay and keep breathing when something small goes astray. 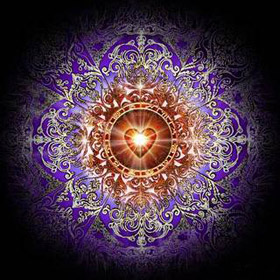 Who knows? We might even catch the lesson or two that life is trying to teach us with this approach!

Ways You Forget to Channel the Energy of Complaining

This is the easiest and softest approach. Let’s say you are about to express how awfully annoying and rude the driver in front of you is with his inconsistent erratic driving. Instead, get curious. You could say, “You know I wonder if he is having a bad day or if his boss just fired him? If I were him, I’d be driving right into a tree I’d be so mad. Poor guy!” And then give him your best wishes, and go around him to drive off.

Your ego will tell you that your opinion is the same as fact, but unless it’s a fact, it be not a fact. What you think about the restaurant’s service is an opinion. What you think of your horrid boss is also an opinion. What you think about the quality of your father’s temper is again an opinion. So what if you changed your opinion. You made it up you know? You can also change it. Maybe the service is great but today is a bad day for telling. Maybe your boss is horrid because his boss treats him like crap. Maybe your father is angry because his life was really hard and you’d never understand that.

Deep breaths are a miracle and you know it even if you don’t want to admit it. If you hesitate just 1 minute and channel that negative energy into 3 to 4 deep breaths and then lunge into it, there is no way the complaint would have the same brute force. The deep breath consists of a big inhale, a 3 second hold, and then a slow long exhale to release the air. Repeat 3 times.

Instead of expressing your “justified” complaint, pause and ask a question. This will work even if you are by yourself. Instead of framing it like a complaint such as “Oh I can’t stand that stupid checkout girl – could she be any slower?” you could ask no one in particular: “What do you think of the way she is checking out her customers?” Is it possible that there’s way to look at the situation?