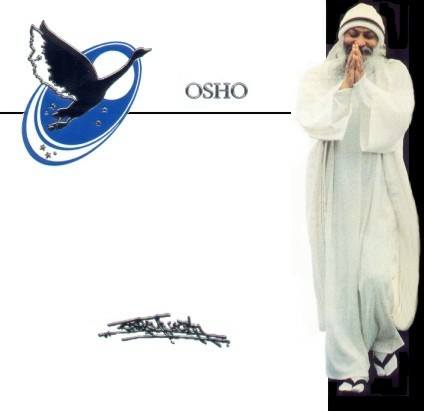 Osho – Become Master Of Yourself
The Western world has not come in contact with the tremendous reality that happens in the meeting of a master and a disciple. Of course, it is not visible. It is just like love, but far greater and far deeper and far more mysterious.

The West has known saints and followers. The saints demand surrender, the saints demand faith. And the moment you become faithful, you are no more; your whole individuality has been erased. Then you are a Christian and you are a Jew, but you are not you. The phenomenon of the master and the disciple happened in the East in its golden days, then there were people like Lao Tzu and Zarathustra and Gautam Buddha. They created a totally new kind of relationship.
Everybody cannot paint like a Picasso; neither can everybody be a Michelangelo. The West has missed having a Gautam Buddha. Jesus is not at all a comparison to him. Jesus is simply a Jew, believing in all the Jewish dogmas. He is faithful – in fact, a little too much. Gautam Buddha is a rebel; he is not a follower of anyone. Neither is Lao Tzu a follower of anyone.
They don’t have any scriptures, they don’t have any belief systems. They have searched on their own, alone – risking, because they are moving away from the crowd on the lonely path, not knowing where this journey is going to end, but trusting their heart, xperiencing small indications that peace is growing, that love is flowering, that a new fragrance has come to their being, that their eyes are no longer full of dust, of the past…
A tremendous clarity and transparency and they know they are on the right path. There is no guide. And you will not meet anybody on the path to enquire how far the destination is. It is a flight from the alone to the alone. But once a man finds a truth on his own, naturally he becomes aware that no organized religion is needed – it is a hindrance – that no priest, no mediators are needed; they will not allow you to reach to the truth. Such a man, who has found the truth, becomes a master. The difference is subtle and has to be understood.
The disciple is not a follower; the disciple has simply fallen in love. You don’t call lovers followers. Something has clicked in his being, in the presence of someone. It is not a question of him being convinced about his ideas. It is not a conviction, it is not a conversion, it is a transformation. The moment a seeker comes in contact with one who has found, a great synchronicity happens. Looking into each others’ eyes, without saying a word, something that they have never dreamt of suddenly becomes the greatest reality.
It is not belief, because belief is always in philosophies, in ideologies. It is not faith, because faith is in fictions for which nobody can find an argument or evidence – it is trust. What relates the master to the disciple is trust. Trust is the highest flowering of love. And how can love make anyone a slave?
The very fact that it is love that joins the master and the disciple is enough indication that the master will prepare every possibility for the disciple’s freedom; otherwise, he will be betraying love and no master can betray love.
Love is the ultimate reality. He has to fulfill it in his actions, in his words, in his relations, in his silences. Whatever he does, he has to fulfill only one thing: that is his love. And if a person is groping in the dark, a disciple has come to him… only a priest can exploit him, a politician can exploit him. They are in search of followers – both the priest and the politician.
The politician and the priest are agreed on one point, that they need followers; only then can they become somebody. And they have divided their territories: the politician has taken the mundane world and the priest the spiritual. Between the two of them, they have made the whole of humanity slaves. They have destroyed everybody’s freedom.
The greatest contribution has come from a few masters who managed not only their own freedom but also the freedom of those who loved them. It is simply inconceivable… If you love me, how can I enslave you? If you love me, then I will rejoice only in your freedom. When I see you opening your wings into the sky towards the unknown, the far away, the mysterious… that will be my joy; not that you are tethered to a certain dogma, creed, cult, religion, philosophy.
These are all different names of chains, manufactured by different kinds of people. But their purpose is the same. Because the West has not known masters, it has known popes, it has known prophets, it has known saviors, it has known saints. It is absolutely unaware that there is a dimension it has missed. And that dimension is the most valuable dimension. Because it has missed it, a great misunderstanding has arisen.