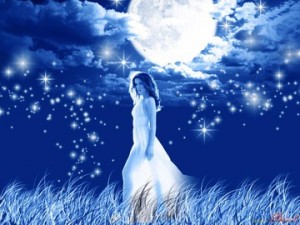 HOW BEST TO DEAL WITH FEAR? IT AFFECTS ME VARIOUSLY… FROM A VAGUE UNEASINESS OR KNOTTED STOMACH TO A DIZZYING PANIC, AS IF THE WORLD IS ENDING.WHERE DOES IT COME FROM? WHERE DOES IT GO?

It is the same question that I was just answering. All your fears are by-products of identification.

You love a woman and with the love, in the same parcel comes fear: she may leave you — she has already left somebody and come with you. There is a precedent; perhaps she will do the same to you. There is fear, you feel knots in the stomach. You are too much attached.You cannot get a simple fact: you have come alone in the world; you have been here yesterday also, without this woman, perfectly well, without any knots in the stomach. And tomorrow if this woman goes… what is the need of the knots? You know how to be without her, and you will be able to be without her.

The fear that things may change tomorrow… Somebody may die, you may go bankrupt, your job may be taken away. There are a thousand and one things which may change. You are burdened with fears and fears, and none of them are valid — because yesterday also you were full of all these fears, unnecessarily. Things may have changed, but you are still alive. And man has an immense capacity to adjust himself in any situation.

They say that only man and cockroaches have this immense capacity of adjustment. That’s why wherever you find man you will find cockroaches, and wherever you find cockroaches you will find man. They go together, they have a similarity. Even in faraway places like the North Pole or the South Pole… When man traveled to those places he suddenly found that he had brought cockroaches with him, and they were perfectly healthy and living and reproducing. If you just look around the earth you can see — man lives in thousands of different climates, geographical situations, political situations, sociological situations, religious situations, but he manages to live. And he has lived for centuries… things go on changing, he goes on adjusting himself. There is nothing to fear. Even if the world ends, so what? You will be ending with it. Do you think you will be standing on an island and the whole world will end, leaving you alone? Don’t be worried. At least you will have a few cockroaches with you!

What is the problem if the world ends? It has been asked to me many times. But what is the problem? — if it ends, it ends. It does not create any problem because we will not be here; we will be ending with it, and there will be no one to worry about. It will be really the greatest freedom from fear. The world ending means every problem ending, every disturbance ending, every knot in your stomach ending. I don’t see the problem. But I know that everybody is full of fear. But the question is the same: the fear is part of the mind. The mind is a coward, and has to be a coward because it doesn’t have any substance — it is empty and hollow, and it is afraid of everything. And basically it is afraid that one day you may become aware. That will be really the end of the world! Not the end of the world but your becoming aware, your coming to a state of meditation where mind has to disappear — that is its basic fear. Because of that fear it keeps people away from meditation, makes them enemies of people like me who are trying to spread something of meditation, some way of awareness and witnessing. They become antagonistic to me — not without any reason; their fear is well-founded. They may not be aware of it, but their mind is really afraid to come close to anything that can create more awareness. That will be the beginning of the end of the mind. That will be the death of the mind. But for you there is no fear. The death of the mind will be your rebirth, your beginning to really live. You should be happy, you should rejoice in the death of the mind, because nothing can be a greater freedom. Nothing else can give you wings to fly into the sky; nothing else can make the whole sky yours.

Mind is a prison.

Awareness is getting out of the prison — or realizing it has never been in the prison; it was just thinking that it was in the prison. All fears disappear.I am also living in the same world, but I have never felt for a single moment any fear because nothing can be taken away from me. I can be killed — but I will be seeing it happening, so what is being killed is not me, is not my awareness. The greatest discovery in life, the most precious treasure, is of awareness. Without it you are bound to be in darkness, full of fears. And you will go on creating new fears — there is no end to it. You will live in fear, you will die in fear, and you will never be able to taste something of freedom. And it was all the time your potential; any moment you could have claimed it, but you never claimed it. It is your responsibility.