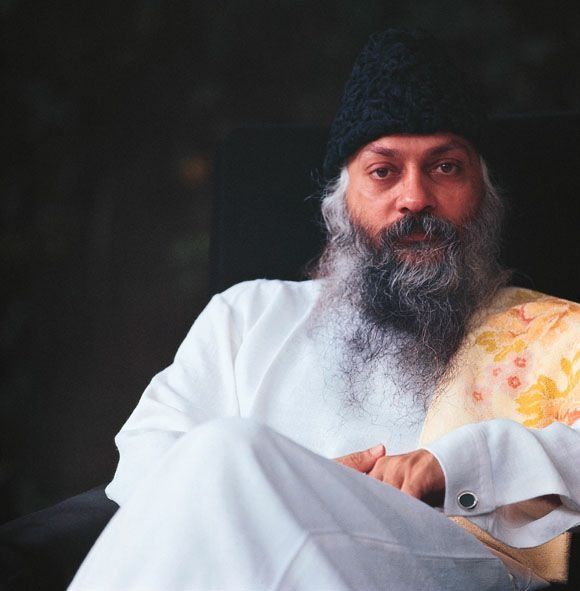 To me, if all the scriptures of Buddha disappear nothing is lost. Only this anecdote should not disappear. This is the most precious, and scholars have dropped it from Buddha’s biography. They say, ‘This is irrelevant; it doesn’t fit with Buddha.’ But I say to you, all else that Buddha did was just ordinary-anybody could do that-but this is extraordinary, this is exceptional. Only a buddha can do this.
What happened that morning? Let us start to penetrate into it. Buddha came, sat, and started looking at the flower. He would not look at the people; the flower became the wall. That’s what Bodhidharma did. He would look at the wall, he would not look at the people-he would not waste his look. The flower became the wall and the crowd disappeared. Buddha looked and looked at the flower. What was he doing? When Buddha looks at anything, the quality of his consciousness is transferred. And a flower is one of the most receptive things in the world. Hence, Hindus and Buddhists go with flowers to put at their master’s feet or in the temple, because a flower can carry something of your consciousness.

A flower is a very receptive thing, and if you are aware of the new research in the West, you will understand it. Now they say plants are more sensitive than you, than man. A flower is the heart of the plant; the whole being comes into it. Much research has been done in Soviet Russia, in the USA, in England, about the sensitivity of plants, and something wonderful has been discovered.

One man, a scientist, was working on plants-how they feel, whether they feel anything or not, whether they have emotions or not. He was sitting with a plant with electrodes fixed to it to detect any movement in its inner being, any sensation, any emotions. He thought, ‘If I cut this plant, if I tear down a branch or cut it from the earth, what will happen?’ Suddenly, the needle making the graph jumped. He had not done anything, he had just had a thought: ‘If I cut this plant….’ The plant became afraid of death and the needle jumped, recording that the plant was trembling. Even the scientist became scared because he had not done anything-just a thought and the plant received it. Plants are telepathic.

Not only this, but if you think of cutting one plant all the other plants surrounding the area become emotionally disturbed. Also, if someone has cut a plant and he comes into the garden, all the plants become disturbed because this man is not good and they carry the memory. Whenever this man enters the garden the whole garden feels that an evil person is coming in.

In the East it has always been known that a flower is the most receptive thing. When Buddha looked at the flower and continued to look at the flower, something of him was transferred to that flower. Buddha entered the flower.